Happy International Women's Day! Even though it's a terrible idea.

In recognition of International Women's Day today, the Amnesty International blog talks about women who are making a positive impact in the fight for gender quality, including Chinese activist Mao Hengfeng, Saudi Arabian activist Wajea al-Huwaider and the organisation Women for Afghan Women. They describe International Women's Day as "a  moment for celebration on how far women's rights have come, and to celebrate those standing up for equality."

It's all commendable stuff obviously, and it makes me feel a little bad for saying that International Women's Day is a crock of old shit.

But really, it's a crock of old shit, isn't it?

If you are advocating equality across the genders then singling out one particular day as Women's Day seems a pretty dodgy way to go about it. A whole day? Just for us ladies? Oh go on, you're spoiling us. 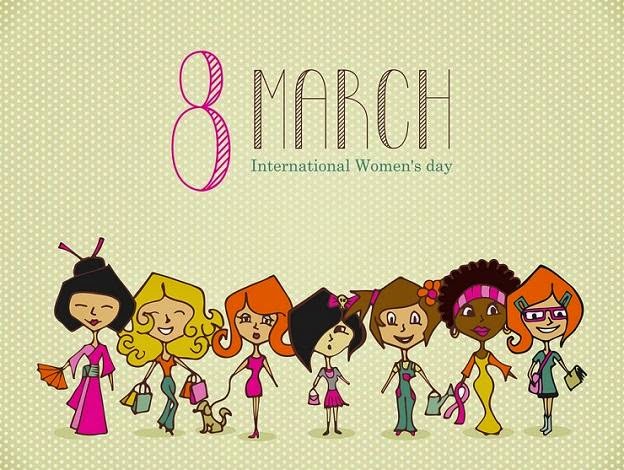 Women aren't a minority group. There are plenty of us about. You may know some. Hell, you might even be one. This insistence of making things exclusively for or about women just cements the notion that the default setting is male and anything else is a bit of a special case. Like in cartoons where every member of the team has a defining personality trait - clever, dimwitted, fun-loving - and one of those personality traits is 'female', (This is known as the Smurfette Principle.) Or that time when Comic Relief introduced a female mascot to go alongside its original one despite there being no indication previously that the original smiley face was male. You couldn't see his penis or anything.

International Women's Day was political in nature from its inception in 1909 (originally organised by the Socialist Party of America), but has since morphed in many countries into a fluffy little gift-giving holiday instead of a political one. Men in Russia and Italy and a whole bunch of other European countries give gifts of flowers to their wives, mothers and female employees which is so deeply patronising that it makes my hand involuntarily clench into quivering balls of rage.

That's not empowering women, that's patting us on the head and rewarding us for being good little girls. The video on the official IWD website tells us that on March 8th in Russia, "a woman receives more compliments than even on her birthday." Great. Because that's what we need to achieve worldwide gender equality. Fucking compliments.

So let's continue to fight for the opportunity for every woman in every country to enjoy the same rights as her brothers. But don't lets hang it on a peg marked "Women's Day". It's not just one day - it's every day. And it's not just about women. It's about all of us. Anybody who believes in human rights, is on the same team, after all. Even those of you with penises.