When Movie Posters Lie About Spanking

Yesterday I complained loud and long about John Wayne's use of a coal shovel as a spanking implement in McLintock. And you know what? I'm clearly not the only person who doesn't associate coal shovels with sexy, spanking action.

Below is the original theatrical poster for McLintock. Notice anything missing? 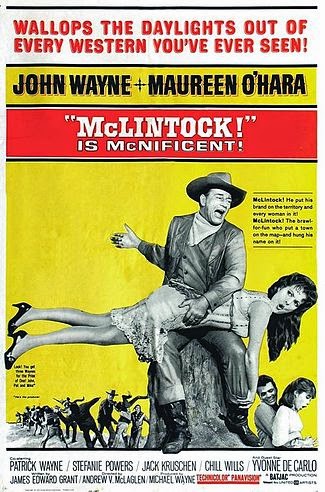 Here's the same scene from the movie for comparison: 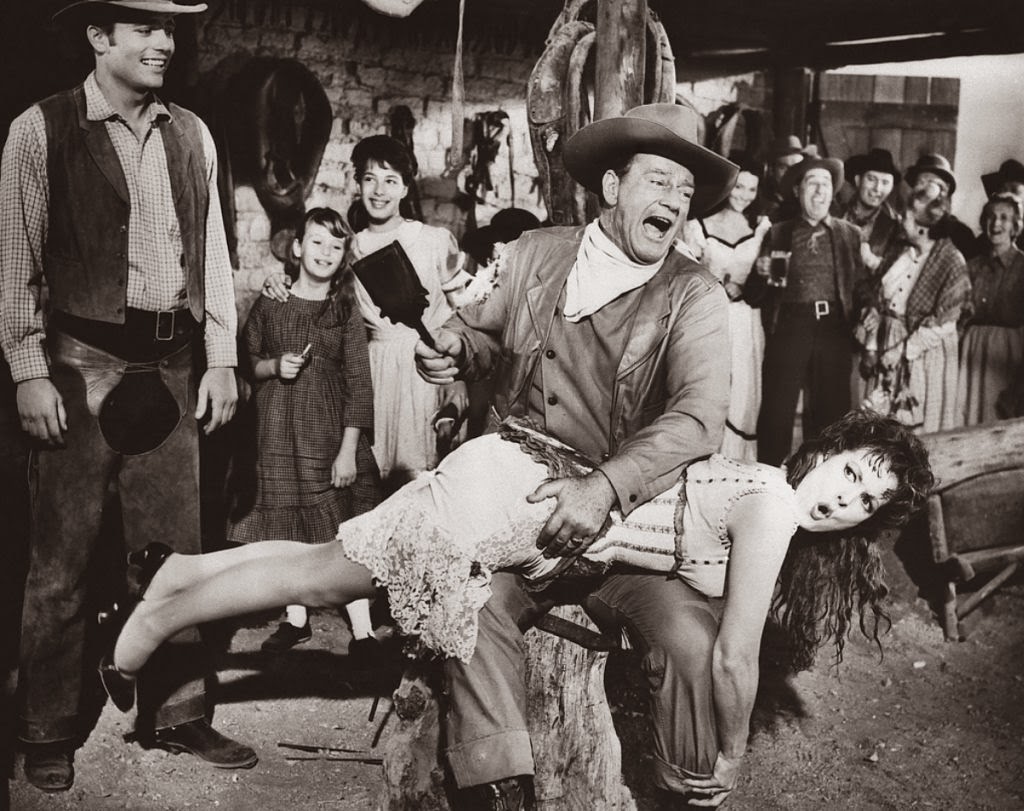 Hmm. You know, not only did they willfully mislead the general public about the amount of hand spanking contained within the movie, they kind of made a mess of the artwork as well.

What's up with John Wayne's arm? I get that they had to change it from being bent forward to being raised back, and that foreshortening is a tricky thing, but seriously the designer seems to have no clue how arms actually work. It looks like it's erupting alien-style from halfway down his body.