I recently read 'Humbled' by Renee Rose which is great spanking romance set during the French Revolution.

I am going to talk in depth about some of my favourite spanking stories in some forthcoming posts.

This post isn't a review, though. This is just me picking up on something that I found a bit weird in 'Humbled' which was the main characters making reference to the Marquis de Sade in a "Hey you think his stuff's sexy? We should totally try that!" kind of way 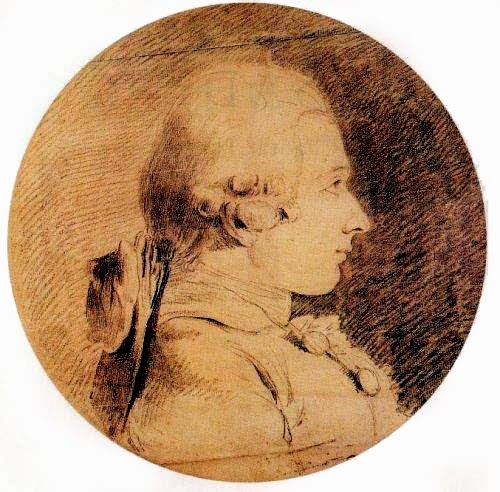 This is also reflected in one of the reviews on Blushing Books where the reviewer mentions it: "Marquis de Sade, of whom I am a HUGE fan. When you finish this one, get some of his tales and have some Revolutionary French fun too!"

Clearly I have been reading all the wrong kinds of Marquis de Sade books. The stuff of his I've read seems to be less about sexy spankings and more about women being repeatedly punched in the face and then set upon by dogs.

I gave up on The 120 Days of Sodom fairly early on. I think it was the description of the President de Curval as having


"an immense orifice whose enormous diameter, odour and colour bore a closer resemblance to the depths of a well-freighted privy than to an asshole"

that convinced me pretty quickly that the book was not for me.

I did manage to read 'Justine' which effectively parodies the idea of a young, naive innocent being preyed upon corrupt people by ramping it up to eleven on the crazy scale. Justine keeps trying to get rescued by people she thinks will help her. And without fail, every damn one of them is a violent, incest-committing, murderous psychopath. What are the chances? She escapes, comes across a seemingly nice person who offers to assist and - wouldn't you just know it - he turns out to be all about raping and murdering everyone as well. And then talking about it at length. Every one of these villains spends about ten pages droning on to Justine how normal laws don't apply to them because they're part of a higher order and above the judgement of God or something.Their self-absorption is even more offensive 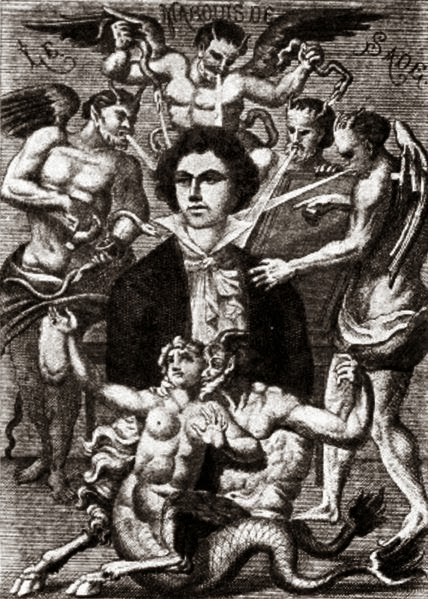 than the other stuff.

Not only that, but when there IS a chance to mention some sex, de Sade just sort of infuriatingly skips over it. At one point Justine is hiding in some bushes following one of her routine escapes from certain death when she spies Count Bressac and his footman. "Come dear," says Count Bressac to his servant. "My detestable aunt will not hinder us now in our sweet pleasures!"


"Justine was very curious and did not avoid seeing their actions; and right before her eyes, she was witness to a scene which she found very singular, and could not make out."

But, hey, who wants to waste time on attractive young men making out with one another when there's torture and attempted murder to be cracking on with?

Which is fine, obviously, if you're into that sort of thing.